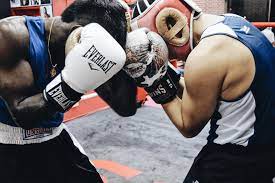 Samuel Takyi, the only African boxing medalist at the Tokyo 2020 Olympic Games lives up to the prediction of his revered Ike ‘Bazooka’ Quartey trainer by defeating Samuel Moses on Sunday night at the Teslim Balogun Sports Stadium in Lagos.

The Atukpai hero has earned his third straight Knock Out win and now focusing on winning the Ghana National Title.

He thanked all his fans in Accra and new admirers in Lagos for their support.