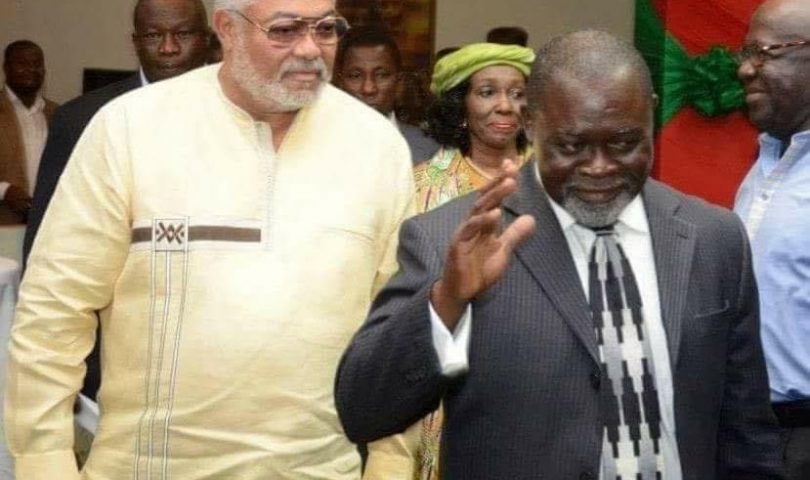 “When I was a teenage boxer, the Ghana Army used to attend World Military Games. There was this US boxer who always beat everyone every year. Even though I wasn’t an army member, the Army drafted me into the Ghana Army Boxing Team for the Games so I could stop the guy.

Whiles we camped at the National Training School, one young military man would always be cooking yam for us. Times were really hard in Ghana we struggled to get food to eat. When the military man went out to get the yam, we would usually eat without stew.

This young man will again go in search again. Then he’d come back with beans. He cooks and we eat. In the night, we the amateur boxers in camp will be asking ourselves where he got the beans. He never told us.

Early in the morning, whiles we set out for training, he would come to us. By the time we return from training, he’d have cleaned our rooms and mopped the place.

We got astonished at how a military man could do that.

When we asked him to leave the cleaning for us, he’d say no. He tells us we are going to serve Ghana so he needed to serve us. These were times that people dreaded an encounter with a military man we were all shocked.

One day, I approached him and suggested to him that I wanted to join the army. He looked me in the face and said no. He told me the spirit in me is beyond the military so I should stick to boxing because that’s where my greatness will come from”. I heeded to his advice.

Years later, I came to learn that he had been going to the Osu Castle to borrow beans for us on his own accord. We only got to know about this when the debt piled up and he had to go and pay. We were not getting beans again. But he was always with us.

When we returned from one of our fights abroad, there had been a coup and I realized he was the one who plotted it. He had taken control of the whole country. At that age?

To be honest I was least surprised. He was so selfless and didn’t want people to be cheated. People can have other opinions about him but I got to know him from times he was unknown, and I always felt his desire”.