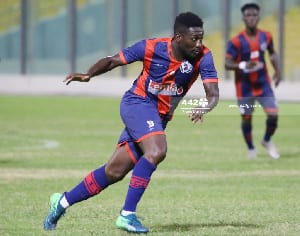 Gyan is 36 and holds the record of being the highest scorer of the Black Stars with 51 goals and the most capped Ghanaian player with 109 appearances. Gyan has scored 6 goals and leads all African Players who have scored in the World Cup. He scored 2 in Germany in 2006, 2 in South Africa in 2010, and 2 in Brazil in 2014. He joins the list of a few world-class players who have scored in three consecutive world cups.