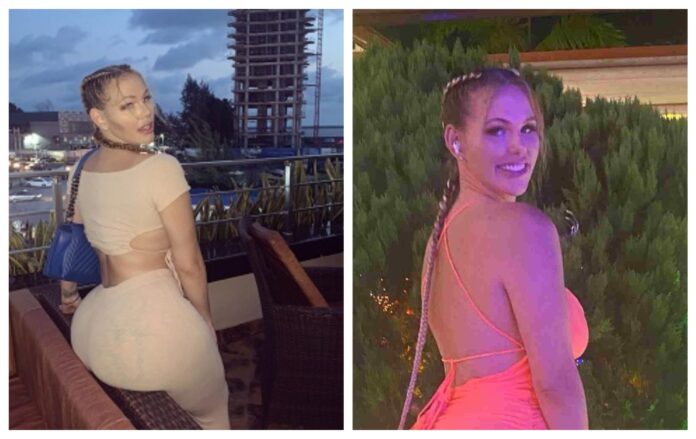 A hotel owner Bright Udiagbe alias Big Slim who doubles as a businessman in the hospitality and entertainment industry and four of his employees have been arraigned for the murder of an American strip dancer Julie Williams.

The five who appeared before the Kaneshie District Court are on two counts of Conspiracy to commit Murder and Murder.

But, their pleas have been reserved.

The Magistrate Mr Stephen Tabiri admitted them to bail in the sums of 100,000 each with two sureties, one of whom should be justified. This put the combined bail sum at GHc500, 000.

They are all employees of RAYPORSII Hotel located at Abelemkpe-Acera

In court on Wednesday, January 6, the defence lawyers represented by Robertson Kpatsa for (A1 and A2) and Gregory Asiedu for (A3, A4 and A5 separately argued that the facts do not support the charges and so should be granted bail.

They urged the court to exercise its discretion and grant the accused persons bail.

It was the case of the Lawyer for A1 &2 that, one of his clients paid for the Autopsy report and other reports done by the police and also paid the hotel bills for the days the deceased stayed in the hotel.

He also argued that the court lacks jurisdiction to hear the case and cannot grant them bail.

He argued further that, they are still Investigating and may gather more facts as time goes on, and they will interfere with the Investigation when granted bail.

The court presided over by His Worship Stephen Tabiri after listening to the parties granted them bail on grounds that, the facts do not support the charges.

The brief facts of the case as presented to the court by the prosecution were that, the Deceased Julie Diane Williams, 37, was an American National, and a strip dancer at nightclubs.

According to him, Bright Udiagbe (A1) alias Big Slim, aged 47, is a businessman in the hospitality and entertainment industries. The prosecutor said, A1 owns a hotel, restaurants and nightclubs in Nigeria and Ghana.

He said, George Nisor (A4),35, is a Gardener whereas A5, Odoi Laryea is a Security guard.

He told the pretty that, A3, A4 and A5 are all employees of RAYPORSII Hotel located at Abelemkpe-Acera.

He said the deceased and A1 have been in a working relationship for the past five years.

He told the court that, in December 2017, the deceased and two other American ladies by names: Sky and Diana, all strip dancers were introduced to A1 in Lagos-Nigeria by a friend known as Williams alias DAPO who requested A1 to employ them at his Firefox night club in Lagos.

The Prosecutor said, that same year, the three-strip dancers including the deceased worked for A1 for four weeks on a commission basis at his Firefox nightclub in Lagos, Nigeria but after the Christmas festivities they went back to the United States of America.

In December 2018, the prosecutor said, A1 again invited the deceased to Lagos, Nigeria to work for him and after the festivities, she went back to the United States of America.

In November 2021, A1 then invited the deceased to Nigeria to work for him.

Chief Inspt. Anane said, the deceased arrived in Nigeria on 26/11/2021, at the time A1 was in Ghana making efforts to officially open Tunnel Lounge Restaurant and Firefox Night Club in Acera.

“The deceased after working in A1’s night club in Nigeria for about a week was invited to Ghana by A1 to help him open his new lounge and restaurant in Ghana,” the prosecutor told the court.

He told the court that, “on December 3, 2021, the deceased arrived in Ghana with a single-entry Nigeria visa. The deceased tested positive for COVID-19 at the Kotoka International Airport and was taken into isolation at Ave Maria hotel located at South Legon.”

He explained further that, “on 06/12/2021, the deceased tested negative for COVID-19 and was picked up from the Isolation Centre by A1.

“On the same day, A1 gave money to A2 to book a hotel for the deceased and A2 took the deceased to RAYPORSH hotel in Accra located in the same vicinity she lives.

“The deceased lodged in room 101 for a week and checked out from the hotel on 12/12/2021 at 12 noon to travel back to Nigeria but could not travel because of visa issues.”

He told the court, “The deceased returned to the hotel around 2:00pm same day and checked into the same room 101. On 13/12/2021, A3 claimed the deceased was not served breakfast because she did not respond to the telephone calls made to her room,” he told the court.

The prosecutor said, “Throughout that day, nobody checked on the deceased although it was known that she had not gone out of her room.”

He said, “on 14/12/2021 at about 7:30 am, the staff of the hotel in an attempt to serve the deceased breakfast called the room phone several times but there was no response.

“The management checked on the door and found it unlocked. They entered the room and found the deceased unresponsive on the bed and reported to Police.”

He said, a team of Investigators rushed to the hotel and took the deceased to the Police hospital where she was pronounced dead on arrival by the medical staff on duty.

“The body was deposited at the Police Hospital Morgue for preservation and autopsy.

“On 29/12/2021, C/Supt. /Dr. Osei Owusu Afriyie, the Police Pathologist conducted post mortem examination on the body of the deceased and indicated that the cause of death was unnatural but awaiting toxicology and Histopathology examinations to give the actual cause of death.”

He added that “based on the verbal post mortem report by the Pathologist, the five suspects who are highly suspected to have a hand in the murder of the deceased were arrested. Investigations are still ongoing.”