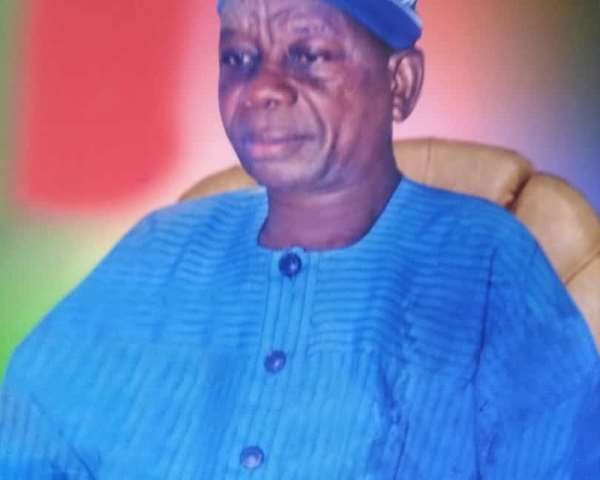 I knew that this day would come. My mind had been psychologically prepared for it but I was unsure who would be the one paying tribute. I have been told that cats have nine lives. This characterization is because cats have the ability -and agility- to survive despite close encounters with death or disaster. My father, Oliver Iroanuonwu Igwe, was a cat. He had the phenomenal ability to defy life-threatening odds. He sailed through nine lives at the astonishment of many. Simply put, on many occasions, he refused to die. Instead he chose to land on ‘his four limbs’ many times death came knocking at his door. It is in recounting how he survived many brushes with death, and overcame tragedies that Pa (Grandpa) Oliver Igwe’s joie de vivre, and excellences in almost nine decades of existence could properly be appreciated.

In over 50 years of living with him I witnessed firsthand my father’s unique tendency to defy mortal threats. My dad’s parents died very early but these tragic incidents did not deter him from striving and making the best out of this life. The experiences propelled him to fight on, and to confront life head on. He told me that following the parents’ death; he decided to travel to South West Nigeria to explore work opportunities. And while crossing the then wooden Niger Bridge, he slipped and fell into the river. Luckily, someone nearby came to his rescue and quickly pulled him out. He survived, unscarred, and went on to join relatives who were doing some logging business in the thick forests in western Nigeria. Not even the hunger, harsh living conditions and other difficulties put him out. He overcame the dangers and vicissitudes of life in the forest and went through a brief medical training at the Sacred Heart Hospital in Abeokuta. Later he travelled to Abakiliki where he trained and worked as a teacher until the civil war broke out.

Like all who lived through the war, Oliver Iroanuonwu Igwe defied death several times. He endured air raids, bombings, and starvation, fleeing into the bush on many occasions, where he survived on raw cassava and leaves. During the war, he was almost killed by a booby trap as he was walking along a footpath. He almost stepped on the device but noticed it in good time. He was listed to join the Biafran army but was dropped at the last minute due to his height. Many of those who were recruited and sent to the war front never returned alive.

The post-civil period presented its dire challenges as Pa Oli tried to rebuild his life, working as a teacher, and starting a family. He had close shaves with death and disasters as disputes over equitable distribution of family estate lingered for many years. In 1980, two of his nephews came to his house one early morning and beat him into a coma. His wife cried out for help and some neighbours came and broke into the room, which the nephews had locked from inside, and dragged him out. The two nephews had pinned him to the ground, one had his right hand deep into his throat while the other held him on the neck trying to strangle him. The neighbours managed to rescue him from their grip. He was lifeless with his eyes bloodshot red and bruises all over his body. It was a sure bet that he was gone. An hour later, his body started to move and his eyes opened up. Pa Oliver lived forty more years but not without other attempts at his life.

A kinsman threatened to kill him after Pa Oli did not include the son in the list of those given a scholarship in the 80s. In a related occurrence, some aggrieved youths who did not benefit from the scholarship tried to burn down his house. In 2010 hired assassins invaded his home and attacked him. They hit him with stones on the right eye and left him for the dead before raiding his apartment and carting away his belongings. He went through an evisceration of the right eye and lived for another ten years. His were a little more than the nine lives of the cat.

Despite these traumatic experiences, and close brushes with death, Oliver Iroanuonwu Igwe was a man of courage, selflessness, and compassion. He stood for whatever he thought was right, his right and whatever he thought was true and just. He dug the deep ends of his pockets to ensure his relatives furthered their education and careers. He encouraged many youths to go to school and many parents to sponsor the education of their children

But like all human beings, Pa Oliver Igwe had his limitations and shortcomings. He was not perfect. My father devoted much of his time and resources especially after retiring as a teacher to a gambling scheme locally known as pool-staking. He spent most weekends anticipating if his numbers would be among the lucky, winning numbers. Even while on a sick bed he called out nurses and caregivers from time to time to take note of certain numbers. Some people disliked Oliver Iroanuonwu Igwe for his brashness and bluntness. He spoke his mind even when it hurt. Oli was a brilliant human being, and excelled academically. He probably had the best handwriting that I have ever seen. He never countenanced oppression and intimidation from anyone. He challenged people in authority whenever he thought that they misused their powers or abused their positions. He fought to ensure that whatever rightfully belonged to his clan or community members were given to them. When a former traditional ruler (Eze) of his community appointed an Nze (a sub chief) from what he considered to be a wrong clan, he took the Eze to court and won. In a case where a member of his community allegedly raped a girl, Oliver Iroanuonwu Igwe firmly and uncompromisingly stood for justice despite threats, intimidation and attempts to murder and silence him. Pa Igwe used his medical knowledge to serve his people, and saved lives of many children who would have died of preventable diseases. He will be remembered for being a bold and fearless individual, an outstanding teacher, a well-known ‘disciplinarian’ who taught generations of pupils in the community and inspired thousands of youths to further their education and learning.