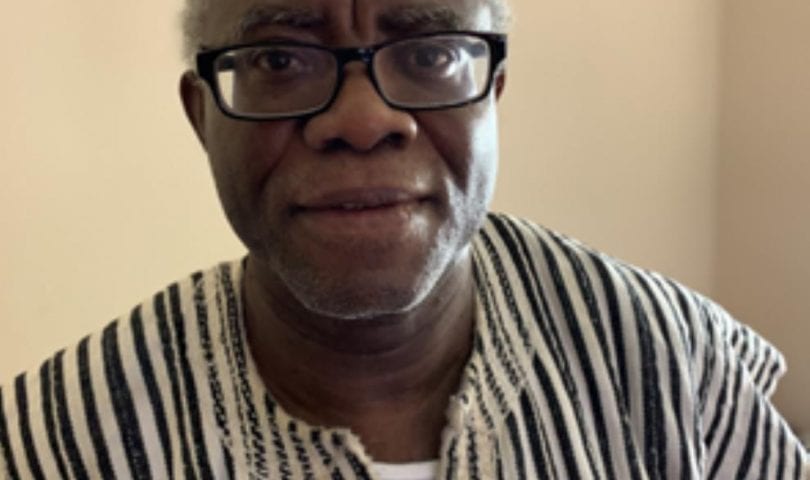 On the whole, the Fifth Independence-Anniversary Address or Speech delivered on the 64th Anniversary of Ghana’s Postcolonial Governance was as soberly upbeat as it ever could have been (See “Full Text: Akufo-Addo’s 64th Independence Day Speech” Ghanaweb.com 3/7/21). To be certain, it was significantly and essentially no different from the sort of COVID-19-inflected address that was presented recently by US President Joseph “Joe” Robinette Biden, Jr., except that it could have been more substantively impregnated with the Akufo-Addo Administration’s National Development Plan and/or Agenda. But, I guess, this might have already been done in the President’s Fifth State-of-the-Nation Address (SONA), which was delivered a couple of weeks, or so, earlier. I have yet to avail myself of the full contents of the same in due course, having been delayed from doing so by my very busy academic and professional schedule during this season of the year.

In any event, the most significant aspect of the address was the part that dealt with the National Economic Recovery Agenda of the Akufo-Addo Administration. Now, Dear Reader, take this reading: “A year from now, the benefits of economic recovery will begin to show. A year from now, our quest to move Ghana to a situation beyond aid will be accelerated, and our self-reliance enhanced. A year from today, we should [have regained] our pride of place as one of the fastest-growing economies not only in Africa, but also in the world [at large]. A year from now, we should be processing more and more of our [own locally produced] raw materials, to help [us] create jobs for the [teeming] millions of Ghanaian youths [woefully under-resourced and woefully lacking gainful employment opportunities]. A year from now, more and more Ghanaian children should be having [ample] access to education. A year from now, every district and region should have a hospital, where residents will be able to have decent [and] affordable healthcare.”

This, basically, is the essence of Nana Akufo-Addo’s 64th Independence-Anniversary Address. There can be absolutely no gainsaying the inescapable fact that our economic-development capacity as a nation leaves much to be desired. We need to come up with a more viable job-creation development plan and agenda vis-à-vis our abundant raw materials and natural resources. Recently, for example, somebody WhatsApped me the video presentation of an ultra-modern and clinically impeccable Chinese-made farina-/gari-processing machine which could very easily have been designed and patented for mass production and use by either students or graduates of some of our polytechnical institutes and science and technology academies. It is still not too late to best the Chinese in this primary sector of our national industrial enterprise.

Now, what the preceding means is that the food-processing industry may very well be the one sector where Ghana could become the Continental African Leader, and a global leader as well, with time and effort, of course. What this also means is that our agriculture sector must be rapidly and significantly expanded and improved, especially in the area of silage and/or food preservation which, by the way, is already being significantly done by Dr. Owusu-Afriyie Akoto and his associates under the “Feed Ghana!” program. This is the one major sector of our national economy where the government needs to be heavily invested or investing. For, absolutely no viable industrial or industrialization program across the board can succeed without a strong and viable agricultural sector. Our basic and tertiary education system also needs to be thoroughly overhauled and significantly enhanced in ways that closely align this skills and knowledge-creation sector with industry and our national-development agenda and program, such as has been effectively and successfully achieved by global economic superpowers as China, Japan and India. Ghanaians also need to rapidly and significantly change and upgrade our generally lethargic attitude to work and labor protocols, even as former President John Agyekum-Kufuor once bitterly lamented at one of his townhall meetings with Ghanaians resident in the Diaspora.

And, by the way, contrary to what Nana Akufo-Addo’s speechwriter would have the President’s audience believe, Horace Mann (1796-1859), the legendary White-American educational reformer and State of Massachusetts politician, was definitely not present at Ghana’s Independent-Anniversary Festivities on March 6, 1957. Simply could not have been, any more than the equally legendary African-American slave Dred Scott, of the Dred Scott Cause Célèbre of March 6, 1857, could have been in Accra exactly one-hundred years later to the day of that landmark US Supreme Court travesty. Rather, it was Dr. Horace Mann Bond (1904-1972), the celebrated President of Morehouse College, the alma mater of the immortalized Dr. Martin Luther King, Jr (1929-1968), who was present at Ghana’s Independent-Anniversary Festivities. Such historical or scholastic sloppiness could easily have been avoided with the most casual of research and the requisite editorial touches.

Both of the foregoing titans of the US Civil Rights Movement were also remarkable Pan-Africanist proponents. As well, the African-American Civil Rights Legend and Spearhead named in the Akufo-Addo Address as “Philip Randolph” was and is better known in our history books as “Asa Philip Randolph.” Here in the United States, such seemingly minor nominal markers are very significant indeed.